A Democratic congressman revised comments he made inflating the scope of marijuana provisions he helped secure as part of a House committee-passed spending bill after advocates raised concerns that his mischaracterizations could put cannabis consumers at risk.

The office of Rep. Charlie Crist (D-FL) claimed in a press release on Wednesday that the House Appropriations Committee approved legislation that includes language “protecting veterans and other federal employees who use marijuana in states like Florida where it is legal, from being denied employment or terminated from their jobs for testing positive for cannabis.”

“For veterans in Pinellas and across the country, this bill also protects your legal access to medical marijuana without jeopardizing your federal job,” the congressman said. “Those who served our country should never be shut out from federal employment opportunities for legally treating their service-connected injuries with marijuana.”

But, in fact, the Financial Services and General Government spending bill for the 2021 fiscal year does not call for explicit policy changes to that end. It simply “encourages [the Office of Personnel Management] to review its policies and guidelines regarding hiring and firing of individuals who use marijuana in States where that individual’s private use of marijuana is not prohibited under the law of the State.”

In other words, it recommends a policy review, rather than direct a policy change as Crist suggested.

Pinellas small businesses are backbone of our local economy. Proud to see major wins for them & Black- and minority-owned #smallbiz included in latest funding bill. Including wins for medical marijuana biz & veterans who legally use cannabis to treat service-connected injuries. pic.twitter.com/FFrmOxzag9

A spokesperson for the congressman’s office initially told Marijuana Moment that “agencies are expected to be responsive to committee directives, and in his oversight role on the Appropriations Committee, Congressman Crist will continue to hold agencies to account for committee instructions.”

“Policy directives in report language—just like laws—depend on an Executive Branch to faithfully execute the language and intent, and it is not just marijuana policy where this Administration is falling short,” they said.

But after Marijuana Moment first published this story pointing out the disconnect between the congressman’s statement about a sweeping policy change that would protect cannabis consumers from losing their jobs versus the bill report’s language that in fact simply calls for a policy review, Crist’s office revised the press release to more accurately describe the scope of the provision.

The bill “aims to help protect your legal access to medical marijuana without jeopardizing your federal job,” it now says. [italicized emphasis added]

The House Appropriations Committee approved identical cannabis language last year as part of the 2020 fiscal year spending bill, but federal workers are still unable to use marijuana without risk of losing their jobs.

Crist has introduced several standalone bills that, if passed, would actually accomplish what he incorrectly said the spending legislation report provision would do—but they haven’t been scheduled for hearings or votes.

Justin Strekal, political director of NORML, told Marijuana Moment that “in a policy landscape of conflicting federal, state and local laws when it comes to marijuana, it is absolutely critical that policymakers be specific and not over-promise.”

“I know it’s easy to be excited about recent successes and the progress on the horizon, but people’s livelihood and freedoms are at risk 24/7 when it comes to cannabis in America,” he said.

Americans for Safe Access told Marijuana Moment that Crist should work to pass more robust legislation that would direct the Office of Personnel Management to “provide these protections and include specific language for OPM on how these cases should be handled.”

That standalone bill cleared the House last year and was also attached to a coronavirus relief package that also passed the chamber, but it was not inserted into this latest spending bill as Crist asserts.

What was included is a more modest provision that restricts Department of Treasury funds from being used “to penalize a financial institution solely because the institution provides financial services to an entity that is a manufacturer, a producer, or a person that participates in any business or organized activity that involves handling hemp, hemp-derived cannabidiol products, other hemp-derived cannabinoid products, marijuana, marijuana products, or marijuana proceeds” that is legal under state or tribal law.

That is essentially a significantly watered-down form of the standalone banking measure that would add robust legal protections for cannabis financial services. For example, whereas the appropriations rider simply says the Treasury Department would be unable to punish banks themselves for working with state-legal firms, the Justice Department could still prosecute both banks and businesses under the measure, which doesn’t cover that part of the government.

The press release revision now specifies that the appropriations bill contains “language similar to the intent of” the SAFE Banking Act.

As Strekal noted, there’s good reason for advocates to be excited about the wide range of cannabis reform proposals that lawmakers are pushing as part of the appropriations process. Other recent spending bill provisions and reports have called for promoting research into cannabis, funding CBD regulations and letting Washington, D.C. use its local dollars to implement legal marijuana sales, for example.

But for constituents reading press releases or social media posts—rather than the actual text of any given piece of legislation—making sure that lawmakers are providing accurate summaries of what has been approved is an imperative.

“With cannabis policy evolving in many different forms on the state and local level, my provisions take meaningful steps toward protecting those who use cannabis or serve those businesses – but is by no means the final step,” Crist said in a new quote added to the revised press release. “There can be no doubt that there is more to be done when it comes to protecting federal employees and banks who are in compliance with their state’s laws, but directives from the Appropriations Committee are impactful while flexible in the ever-changing landscape of cannabis policy.”

This story was updated to include changes Crist’s office made to its press release following Marijuana Moment’s initial publication of this story.

Biden And Trump Must Back Marijuana Legalization Before Election, NORML Petition Demands

Marijuana Moment is made possible with support from readers. If you rely on our cannabis advocacy journalism to stay informed, please consider a monthly Patreon pledge. 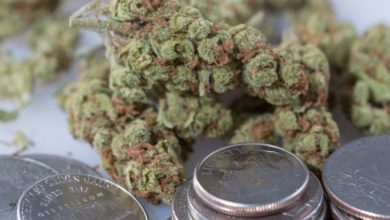 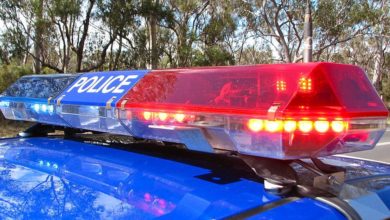 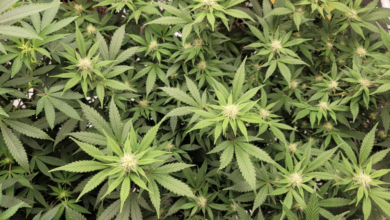 Biden’s Already On Board With Federal Marijuana Legalization Even If He Doesn’t Use That Word, Booker Says